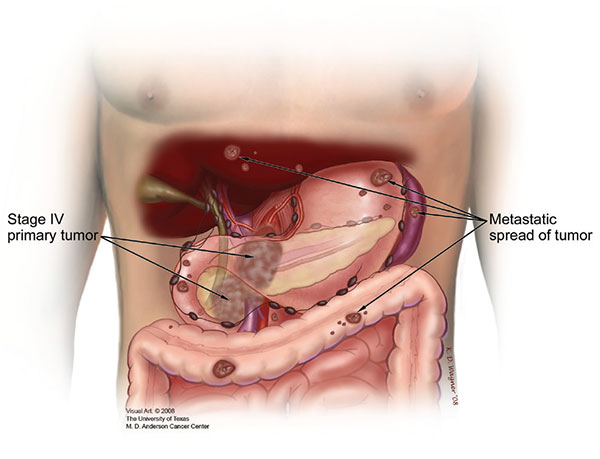 written by The Clarity Times September 23, 2020

West Palm Beach, FL: September 23, 2020: On September 18, 2020, the U.S justice system lost one of the greatest judges of the last two decades. Justice Ruth Bader Ginsburg, 87 years old, died of complications of metastatic pancreatic cancer. Justice Ginsburg had been battling cancer for more than 20 years and wanted to push till the end. She was an example for many people throughout her life. Justice associate Ruth B Ginsburg had been treated for many types of cancers since 1999 among them colon, lungs, and pancreatic cancer.

What is a cancer?

Cancer is a very devastating disease or one among the leading cause of disease in the world and in the United States (U.S.). The basic definition of the disease is an abnormal growth of cells in the body according to the national cancer institute (NCI) (2015). Normally old cells die so new cells can form; however, as the affected cells become more abnormal and damaged, they survive when they should die. Cancer can affect any place in the human body when the cells grow out of control and take control of the normal cells. The growth of the abnormal cells makes it very difficult for the affected organs or the body in general to work the way it used to work before cancer (National Cancer Institute, 2015)

In the article titled cancer facts and figures 2019 published by the American Cancer Society, breast, lungs, prostate, colorectal, liver, and pancreatic cancer are among the most common and the deadliest type of cancers in the United States (2019). In that article, the American Cancer Society also predicted that there would be an estimated of 1,762,450 new cancer cases diagnosed and 606,880 cancer deaths in the United States with pancreatic cancer itself responsible for 56,770 new diagnosis and 45,750 deaths (2019).

What is pancreatic cancer?

The timeline history of pancreatic cancer is not well known. Little information is available on the discovery of the disease till today, but credit is given to a German surgeon named Walther Kausch and an American surgeon named Allen Whipple. Doctor Walther Kausch, in 1909, performed the first resection for a periampullary cancer. In 1935 or 26 years after the first attempt, surgeon Allen Whipple performed an improved version of the surgery at Columbia-Presbyterian Medical Center in New York, which will later be called the Whipple procedure (Howard, n.d.). As for the first human pancreatic transplant, it was performed, on December 17, 1966 at the University of Minneapolis, on a 28-year-old female patient who was suffering from uncontrolled diabetes mellitus and renal failure. The grafts function for only about two months and the patient died according to Howard (n.d.).

It is not clear what causes pancreatic cancer in most cases, although certain risk factors have been identified, such as cigarette smoking, family history with pancreatic cancer and genetics, diabetes mellitus, obesity, malnutrition or poor diet, alcohol use, and physical inactivity (Ilic, M., & Ilic, I., 2016). According to the American Cancer Society people who are exposed to certain pesticides at work are at risk. Also, exposure to dyes, and chemicals may lead to pancreatic cancer (Pancreatic Cancer Risk Factors, 2019). In addition, the center for disease control and prevention (CDC) (2016) believes that age, gender, and race/ethnicity can be added to the long list of risk factors of the disease.

Although the cause is not known or there is an insufficient data available to explain the causes of pancreatic cancer, Ilic, M. & Ilic, I. explain that it is important to understand the epidemiology of the disease , which is a key factor to elucidating the etiology of pancreatic cancer and thus the cornerstone of developing a prevention strategy (2016).

Signs, symptoms, and diagnosis of the disease

Because the symptoms are vague and nonexistent in same patient many people with pancreatic cancer get diagnosed until the late stage of the disease. If a person is suspected to have pancreatic cancer, doctors can use different methods to do diagnosis and confirm the diagnosis. The diagnosis methods include imaging test, ultrasound, biopsy, and blood test (pancreatic cancer, 2018). Example of imaging technicsthat areused to diagnose pancreatic cancer include ultrasound, computerized tomography scans, magnetic resonance imaging, and sometimes, positron emission tomography scans among others.The imagine tests enable doctors to take a close look at the internal organs especially the pancreas according to the American cancer society (2019).

Regarding to blood test, several types of blood tests can be used to help diagnose pancreatic cancer or to help determine treatment options if it is found. Doctors usually order blood tests to assess liver function in people with jaundice to help determine its cause. Other test like a CBC or chemistry panel can also help evaluate a person’s general health such as kidney and bone marrow function. In addition, blood work examination can also show specific proteins called tumor markers that are shed by the pancreatic cancer cells (Tests for Pancreatic Cancer, 2019).

Pancreatic adenocarcinoma is one of the worlds’ most aggressive malignancies with a five-year survival rate of less than 5% (Munkley, 2019). Pancreatic cancer has the worst prognosis among all cancers. According to Munkley (2019) the poor survival rate is mostly due to the lack of a reliable early detection method, a tendency to metastasize at an early stage and resistance to available therapeutic options (p. 2569). The incidence and mortality of pancreatic cancer around the world increased with age and more common in men than in women (Ilic, M., & Ilic, I. 2016). In the past decades, pancreatic cancer mortality has been increasing in both genders for example, in the United States, the European countries, Japan, and China. A study conducted by Globocan in 2012 reveals that pancreatic cancer causes more than 331000 deaths per year, ranking as the seventh leading cause of cancer death in both sexes together. An estimated of 338000 people were diagnosed with pancreatic cancer that same year making it the 11th most common cancer (Ilic, M., & Ilic, I., 2016). Another study conducted in 2015 shows that there was an estimate of 367,411 new cases and 359,335 deaths from it globally. These numbers show that pancreatic cancer is an aggressive type of cancer and 80% of patients have locally advanced or metastatic pancreatic cancer at the time of diagnosis (Zhang et al., 2016).

The highest incidence and mortality rates of pancreatic cancer are found in developed countries such as United States of America, Australia, New Zealand, and most of

Another aspect of the incidence rate of pancreatic cancer is age. According to Ilic, M. & Ilic L., the incidence rates for both sexes increase with age, the highest rate is in people older than 70 years old. Therefore, pancreatic cancer can also be classified as a disease of the elderly, and almost 90% of all cases are diagnosed after the age of 55 (2016). Further, the same study provides more details on the mortality rate of the disease. The pancreatic cancer mortality rate varies significantly in different areas of the world. Rates of mortality from pancreatic cancer in 2012 in both genders were highest in Northern America with 6.9 per 100000 people and Western Europe 6.8 per 100000, followed by other European regions and Australia/New Zealand with a rate approximately of 6.0 per 100000 people (Ilic, M., & Ilic, I., 2016, p. 9695).

Patients with pancreatic cancer have a very poor prognosis. Unfortunately, the respectability rate of pancreatic is still relatively low. However, even after potentially curative resection, actuarial 5-year survival is reported in the range between only 15 and 25% in most cases (Faisal, Fathy, Hassan, & Elhadry, 2019). Although the prognosis is poor, pancreatic cancer can be treated. However, treatment for pancreatic cancer is based on many factors such as the stage and the location of the disease as well as on the overall health of the patient. Treatment may include surgery, radiation, chemotherapy, or a combination of both. If the cancer is in its late-stage and surgery, chemotherapy, or radiation are not likely to benefit the patient, the alternative will be symptom relief medication also known as palliative care that makes the patient as comfortable as possible (Pancreatic Cancer, 2018).

According to the Mayo Clinic, there is no sure way to prevent pancreatic cancer. Some risk factors such as age, gender, race, and family history can’t be controlled, but people can limit the exposure to some of risk factor of pancreatic cancer such as smoking, obesity, alcohol use, and exposure to certain chemicals in the workplace (Pancreatic Cancer, 2018).

Journals consulted to write this article.

Effect of lymph node density in the prognosis of patients after pancreatic cancer resection. The Egyptian Journal of Surgery, 38(1), 39.

Howard, J (2002) History of the Pancreas retrieved from

Pancreatic Cancer and the Environment (2016)

Pancreatic Cancer and the Environment (2016)

What Is Cancer?  (2015) National cancer institute

P.S: Information provided in this article is for education purposes only and is not a substitute for medical advice, diagnosis, treatment, or other health care services.

is a digital media created with the vision to educate our audience by making news less depressing and less confusing. The world is evolving so does journalism. Long and hard-to-understand news articles are old-school format. CLARITY TIMES brings short, educative, concise, and well-written news articles supported with audio, photos, and videos to keep you engaged.

Anthony Davis beats the buzzer to give L. A. Lakers a 2 -0 lead over Denver Nuggets.

Undocumented Haitians Can Stay in the United States...

Why did Haitian Rapper Izolan Get Arrested?

Biden plans to give legal status to 11...

Donald Trump, the first US president to be...

Former Haitian Minister of the Interior, François Anick Joseph, died Tuesday, October 28 in Canada of a heart attack. | The Clarity Times October 29, 2020 - 11:49 am

THE CLARITY TIMES is a digital media created with the vision to educate our audience by making news less depressing and less confusing. The world is evolving so does journalism. Long and hard-to-understand news articles are old-school format. CLARITY TIMES brings short, educative, concise, and well-written news articles supported with audio, photos, and videos to keep you engaged.